Leading with passion, tenacity, and integrity

SMA Technologies exists to help companies unlock the potential of their people by automating the repetitive tasks that keep them from more critical work. Since our founding, SMA Technologies has been guided by the passion and drive of our senior leaders.

Their strategic, long-range view and dedication to solving clients' biggest challenges remain the cornerstones that have enabled our company’s longevity and growth.

Todd Dauchy is the Chief Executive Officer of SMA Technologies. He is responsible for planning and executing the overall vision, strategy and operations of the company. He started his career with SMA as Chief Technology Officer in 2012 and was promoted to President in 2018.

Prior to joining the company, Dauchy was a client of SMA working for a large credit union. He has also led a large data center for a Fortune 500 manufacturing company and guided the IT teams of two large consumer goods manufacturing companies through the acquisition and merger process.

Dauchy’s greatest strengths are change management, a passion for progression, and leadership. In every challenge he has faced, he was a leader in the company’s transformation to the next level of performance. He is known within the company for having his finger on the pulse of all of SMA’s major business initiatives, with an ability to provide guidance and make decisions with a deft touch.

Dauchy holds a Bachelor of Science from the University of Phoenix in Business Administration. He has long been a fan of the Houston Livestock Show and Rodeo, attending multiple events every year. He lives in Houston with his wife of over 30 years, with two grown children and three grandchildren. They have a shared passion for traveling and creating memories with their family.

Follow Todd Dauchy on social or hear from him directly by watching the video below. 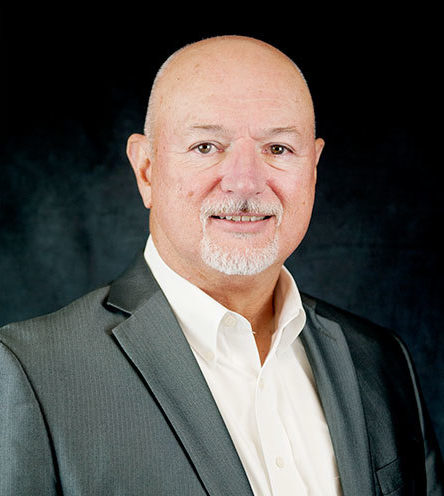 David Gafford is Chief Operating Officer at SMA Technologies. He joined the SMA team in 2012 and is responsible for operational oversight of SMA globally, including legal and contractual matters, ISO and SOC2 certifications, and human resources.

Prior to joining SMA, he worked at DAPA Family Recovery Programs for 25 years as Chief Financial Officer, responsible for fiscal and operational management of the company’s state-wide facilities as well as federally regulated programs. He was also employed by First City Bank corporation for 12 years in operations and lending at various affiliated banks in Houston, TX.

Gafford is an avid saltwater fisherman, preferring shoreline wading to charter boats. Gafford has a Bachelor of Business Administration from the University of Houston and is a native Texan making his home in Pearland, TX with his wife and two children. He has a passion for the outdoors and conservation of natural places.

Follow David Gafford on social or hear from him directly by watching the video below.

Michael Stephens is the Chief Financial Officer at SMA Technologies. He is responsible for leading its global finance organization and the company’s overall financial strategy, including accounting, analytics and business intelligence, finance, sales operations, tax, and treasury.

Prior to joining SMA, he spent the last decade building world-class finance and accounting teams in private-equity backed, high-growth subscription software businesses such as Alert Logic and Veriforce. He is passionate about Finance’s role as a strategic partner and driving the use of data-driven decision making throughout the entire company.

Michael holds a bachelor’s in Economics from the University of Texas at Austin, and a MBA from Southern Methodist University in Dallas, TX. Away from the office, Michael is an avid sports fan, and enjoys dining at the many amazing restaurants Houston has to offer and traveling with his wife and two children.

Joel Faul is the Chief Technology Officer at SMA Technologies. He is responsible for formulating product strategy and the technology roadmap as well as ongoing software development, solution services, managed services and client support.

Faul has experience building teams and bringing products to market that clients truly love. His technology and leadership experience is diverse, including applying machine learning to handwriting and voice recognition, satellite communication and tracking, and workload automation. He began doing software development at an early age, making it the focus of his education and ultimately falling in love with writing code and the entire software creation process. By investing in leadership development alongside his technology focus, he has become the kind of leader that brings a passion and understanding of technology along with a passion and understanding of people and the many dynamics required to bring teams together to deliver real value with technology.

Faul places a high value on listening to clients to influence product design and roadmap as well as fostering an environment within SMA that inspires his team to go the extra mile to help those clients succeed.

He holds a Bachelor of Science degree in Electrical and Electronics Engineering from North Dakota State University and further studied Electrical Engineering at the University of Minnesota. Faul is a member of a local running club and enjoys spending time with his wife, three grown children, and three grandchildren.

Follow Joel Faul on social or hear from him directly by watching the video below.

Chris Sarro is the Chief Customer Officer for SMA Technologies. He is responsible for all existing customer relationships, revenue, and satisfaction. Sarro is a committed advocate and tireless champion for our customers, focused on delivering value across the customer journey.

Prior to joining SMA, he spent the last decade leading customer-facing teams at high-growth startups. At digital research firm eMarketer, Chris was responsible for all subscription revenue, including new sales, onboarding, and customer success. He is passionate about creating and implementing effective systems to identify needs and meet customer goals.

Chris holds a BA in Politics and Economics from New York University. He credits NYU for enhancing his ability to bring out the best in teams with diverse cultures, backgrounds and beliefs.

Outside of work, Chris loves to spend time with his family. He and his wife enjoy taking their young daughters to Central Park and exploring the many wonders of New York City.

Working for something greater

At SMA Technologies, our core values are deeply embedded in our company culture. They unite us across geographies and cultures by defining what’s important to our business and govern how we conduct it. We put our values into action every day through our work and relationships with our clients, employees, partners, and vendors. These are more than slogans — they’re the words we live by, every day.

Do the right thing is our guiding core value. At SMA, we follow through, which means we always fulfill our commitments. All employees are expected to conduct themselves with honesty at all times. This means doing what is best for our clients and partners for the long term. We measure our success not only in financial results but by how consistently we act according to do the right thing.

Our tenacity comes from our strength of character. We are scrappy, determined, resourceful, and relentless in our approach to serve our clients and partners. We are willing to fight for what is right and are proactive in seeking solutions. We are tenacious and will not quit.

Our passion comes from a deep caring for the success of our employees, clients, and partners, both personally and professionally. Every employee is expected to “own it” by taking the lead and seeing initiatives through from start to finish.

Love your job and build your career at SMA Technologies

Learn what drives us Join the SMA family